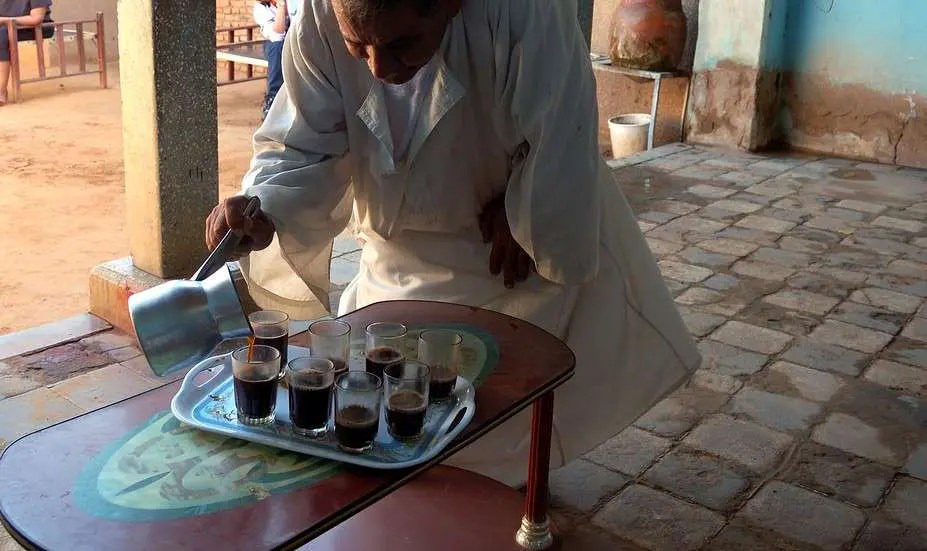 Why Sudan? This is a common question asked to the Muhajireen (immigrants) particularly those coming from Western countries. And although I hear similar answers from other Muhajireen, I can only answer for myself. The question, albeit straightforward, is tinged with some astonishment. In reality, Sudan can be rough for outsiders, but there is a certain quality in the Sudanese personality that can’t be quantified.

Recently, walking to the neighborhood market, I saw an elderly neighbor returning, toting a bag of bread on his shoulder. He being the elder, I veered into his path to greet him. Raising his head, he looked me in the eyes and asked me, “aqalak kaamal, is your intellect complete! What are you doing in a country like Sudan?”

Understanding his predicament, I smiled and let his words dissipate into the dusty breeze. He is a retired teacher and like everyone else is struggling to survive in this hyperinflation. But let me take you back years ago when I first met him. At the at time I had a poorly stocked, maglaq, hardware on the edge of neighborhood. The Ustadz, as he’s known affectionately, would visit me daily to check on me and share beautiful stories and uplifting anecdotes about life in Sudan. He probably has no idea how much he helped me to feel accepted and also with Arabic. I’m sure he didn’t intend to offend me, just frustrated.

Another beautiful incident happened at the zawiya, small corner mosque. This was during the friction between Sudan and the U.S. caused by the bombing of the Shifa pharmaceutical plant. We had just finished Fajr prayer. Customarily in Sudan after prayers, the imam or someone the congregation leads the group supplication. During the supplication, the Americans were being cursed for the bombing. At that point a man interrupted the supplication. He said, “Hoy, la tisib al amricaan, Khalid amreeki”, don’t curse the Americans, Khalid (my first name) is American! The imam turned to the man and said, “Not Khalid, he’s Muslim.”

These are just two out of many incidents that show Sudanese concern and acceptance of foreigners. But equally or more important are to me are the incidences that give a deeper insight into the Sudanese personality.

This is one for the younger generation that harbors some doubt about the stories they heard from their parents and grandparents about Sudan zaman, in the past. My first visit to Sudan was in 1992, with a Sudanese friend from Washington. On the second day of my visit, we went to the bank (if I remember) on 15th street in Amarat to make an exchange. When we arrived, the bank hadn’t opened yet. My friend went up to the bank window, spotted a cleaner and called him to the door. What was said or asked, I couldn’t tell you—no Arabic at that time.

To my surprise, the cleaner opened the door and let us in—remember the bank is still closed! Mind you, I just arrived from a country of over regulation, numbing procedures and high security. At this point, I have no idea what to think. Then the cleaner brings us tea.

Before we finished our tea, the bank employees began arriving. No one seemed perturbed that we were inside the bank. They greeted us and took their stations. Then the money came. A pickup truck backed up to the door of the bank and the employees stacked the money on the counter. I’m sure by this point (if you’re under 40) you think I’m exaggerating.

After the bank officially opened, my friend made his exchange. Again, stacks of money, this time on a coffee table. At that time there was an orange, two-pound, note. We needed to count out the money, so what do he do? He asked people sitting around to help us. I left the bank flabbergasted, no heavy security, no armored vehicles—just a day at the bank in Sudan.

Now, I know I’m a bit long-winded, but this last incident says a lot about the Sudanese always willing to help. On the bus one day, the conductor ruffled the feathers of a policeman. The young man was a bit aggressive in collecting the fares, so the policeman gave him a word or two. Being foolish, a common trait of the youth, he responded aggressively to the policeman. In my mind, this young man was finished. If he was in the U.S. (being black), he would’ve been shot then placed under arrest.

The policeman reacted angrily, grabbed the young conducted and told the bus driver to go to the nearest police station. When we (everyone on the bus) arrived at the police station, everyone got down from the bus. The passengers surrounded the police and the young conductor and physically tried to separate them. They begged the policeman to forgive him—”huwa walid sagir… ma’lesh, he’s just a young boy (meaning immature), sorry”.

Observing the whole incident was a bit surreal, but in the end, they succeeded. They got the boy to apologize, the policeman released him, and we all re boarded the bus.

Every muhajir has his or her answer the question—why Sudan, but in general the answers, beyond wanting to live in a Muslim country and learning Arabic, revolve around a certain quality in the Sudanese personality. In a taxi, returning to the house, the money wrapped in newspapers, I reflected heavily on what had just happened at the bank. Arriving at the house smiling, I remember saying to myself, Sudan would be a nice place to stay.

Phrase of the Day: break the ice

Tips for Working from Home

Life Out of Context