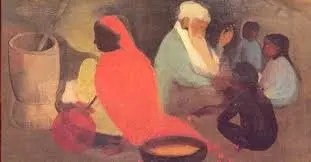 In Sudan the oral traditions of storytelling can be seen in famous stories such as Fatimah Samah. Although her story has been put to writing and illustration, it is originally an important oral Tradition. Another story with a little less recognition is Ajoba Kharabat Soba. These are just two from numerous stories that represent culture in Sudan.

Under the category of proverbs, the most famous would be Sheikh Farah Tuktuk. His proverbs covering a wide variety of subjects can be heard across Sudan.

Because they are passed on by word of mouth, oral traditions and expressions often vary in their telling– differing from context to context and from storyteller to storyteller. These slight differences make them a vibrant and colorful form of expression.

Crucial to oral traditions is language. The language underpins the intangible heritage of many communities. Sudan is a country of many indigenous languages. Different languages shape how stories, poems and songs are told, as well as affecting their content. It is the oral traditions that best safeguards the language rather than dictionaries, grammars and databases. The vibrancy and nuances present in all languages are passed on through proverbs, songs and stories.

Like other forms of intangible cultural heritage, oral traditions are threatened by rapid urbanization, migration, and globalization. Mass media publishes in the common language of the country, here it’s Arabic. However, there is a role mass media could play in preserving these oral traditions locally. They can record and broadcast oral traditions to their communities of origin and to a wider audience. Safeguarding oral traditions and expressions is important for every society. It is essential that opportunities for knowledge to be passed from person-to-person survive; chances for elders to interact with young people and the passing on of stories in homes and schools.